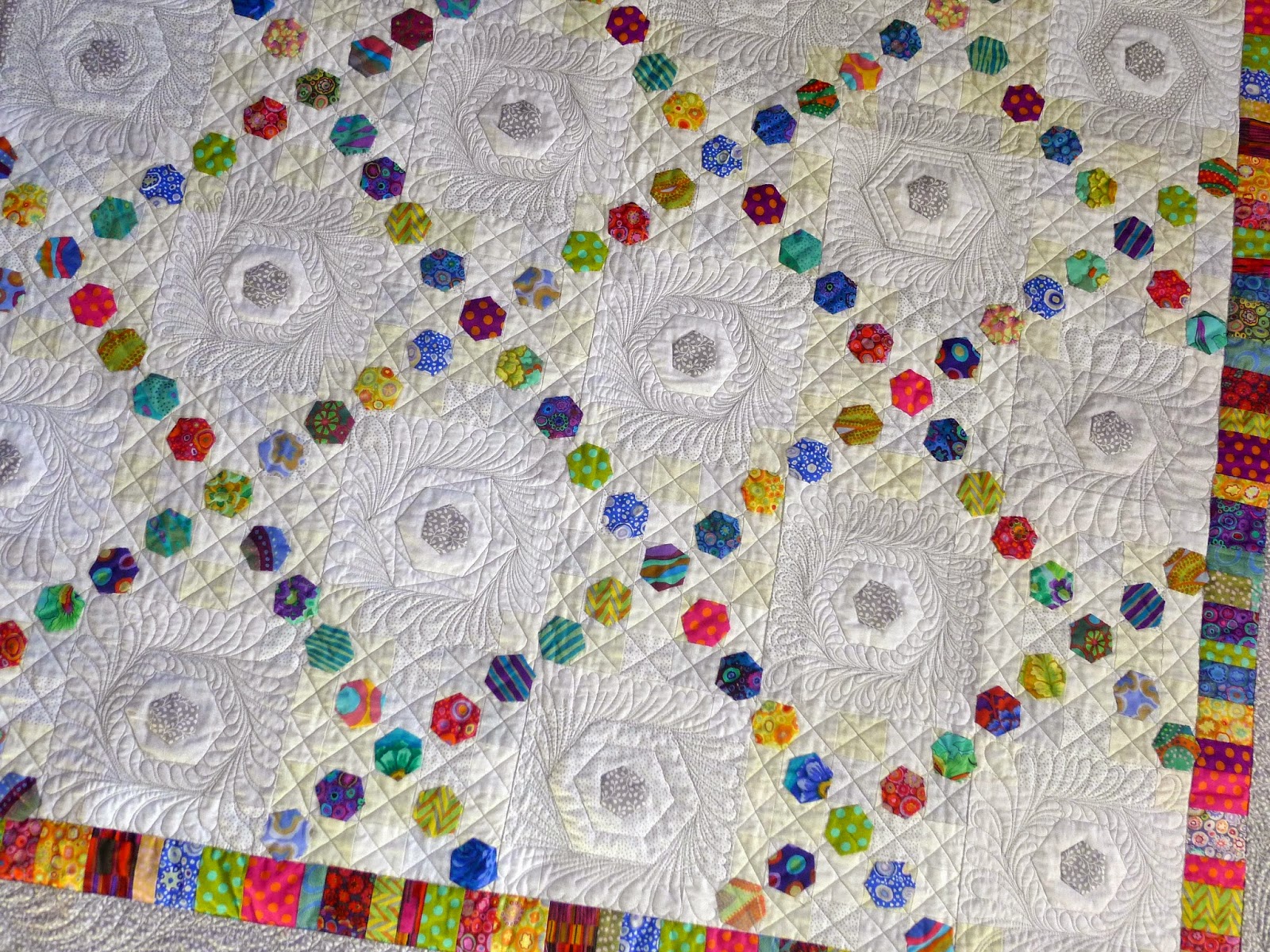 On our recent retreat our project was the Double Irish Chain (DIC).
The organizer of the retreat, in bypassing asked a question wondering if
the traditional DIC could be done in a Modern version.

HUM?
This was my version of a DIC which I am calling the 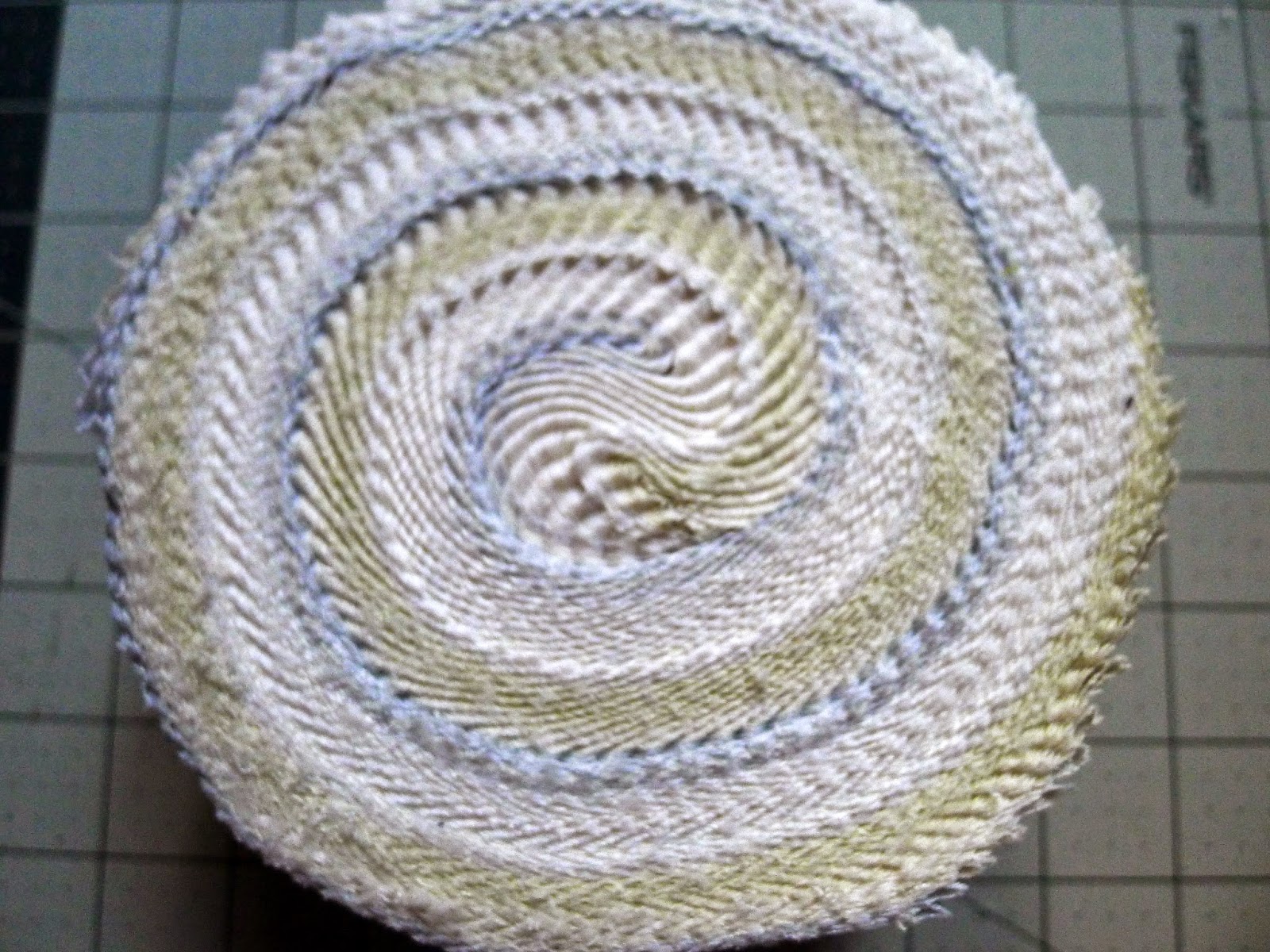 The top is pieced exactly like a DIC except I used a jelly roll of off whites.
The photos show a heavy yellow tint which is not that prominent in person. 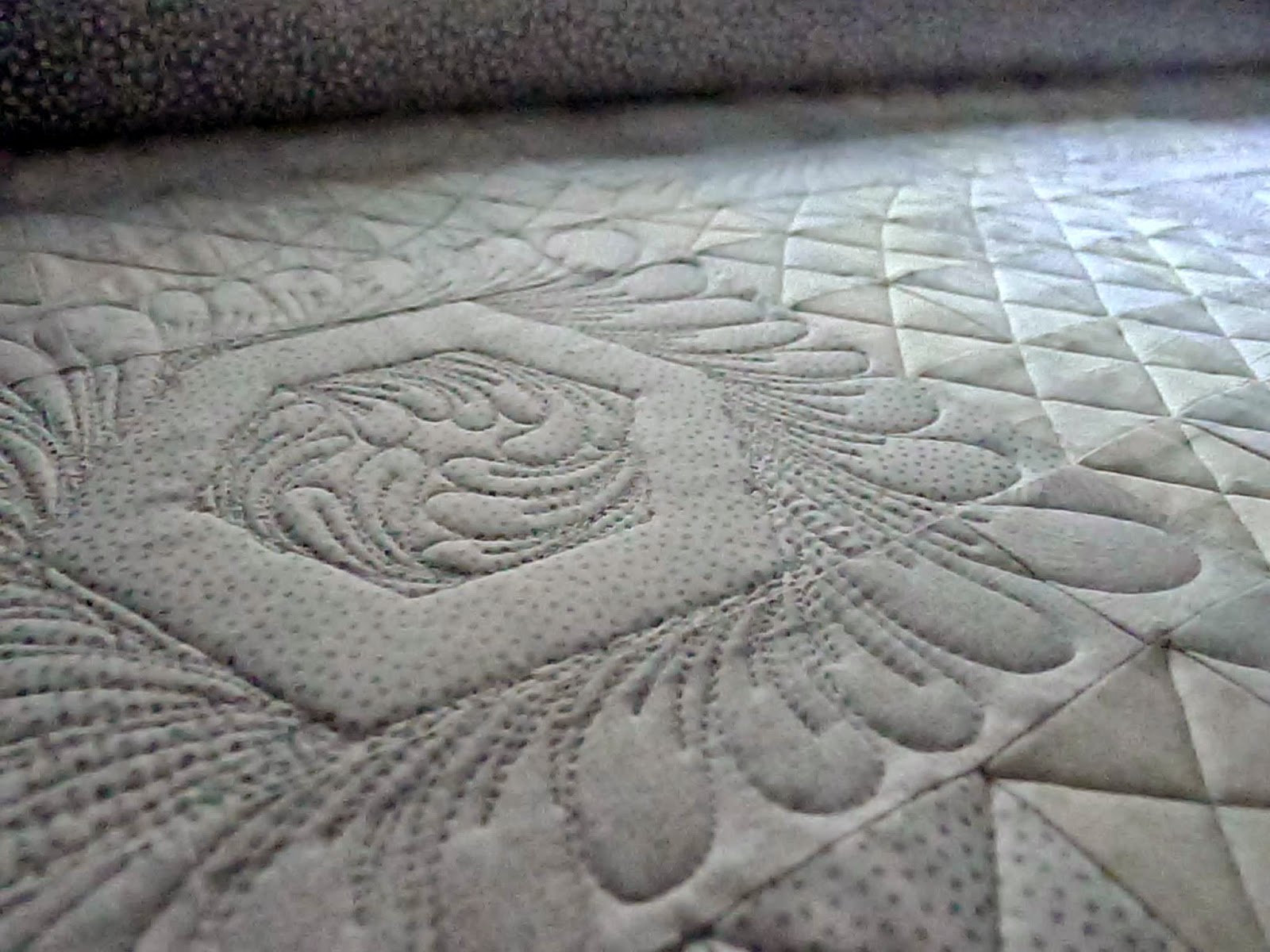 After the top was pieced I quilted the quilt before adding the hexagons. 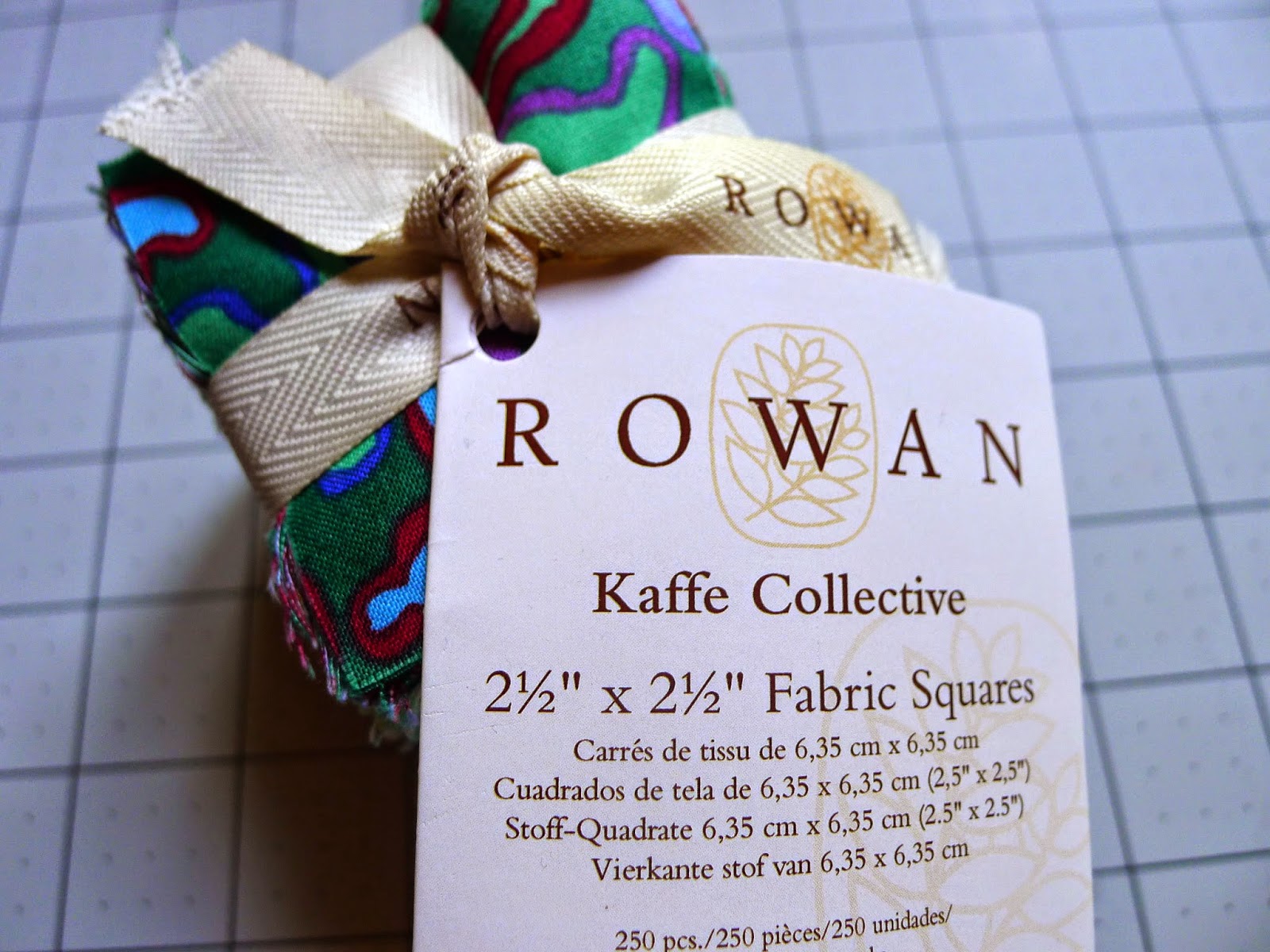 On a previous retreat, I purchased these squares.
And recently was wondering what to do with them. 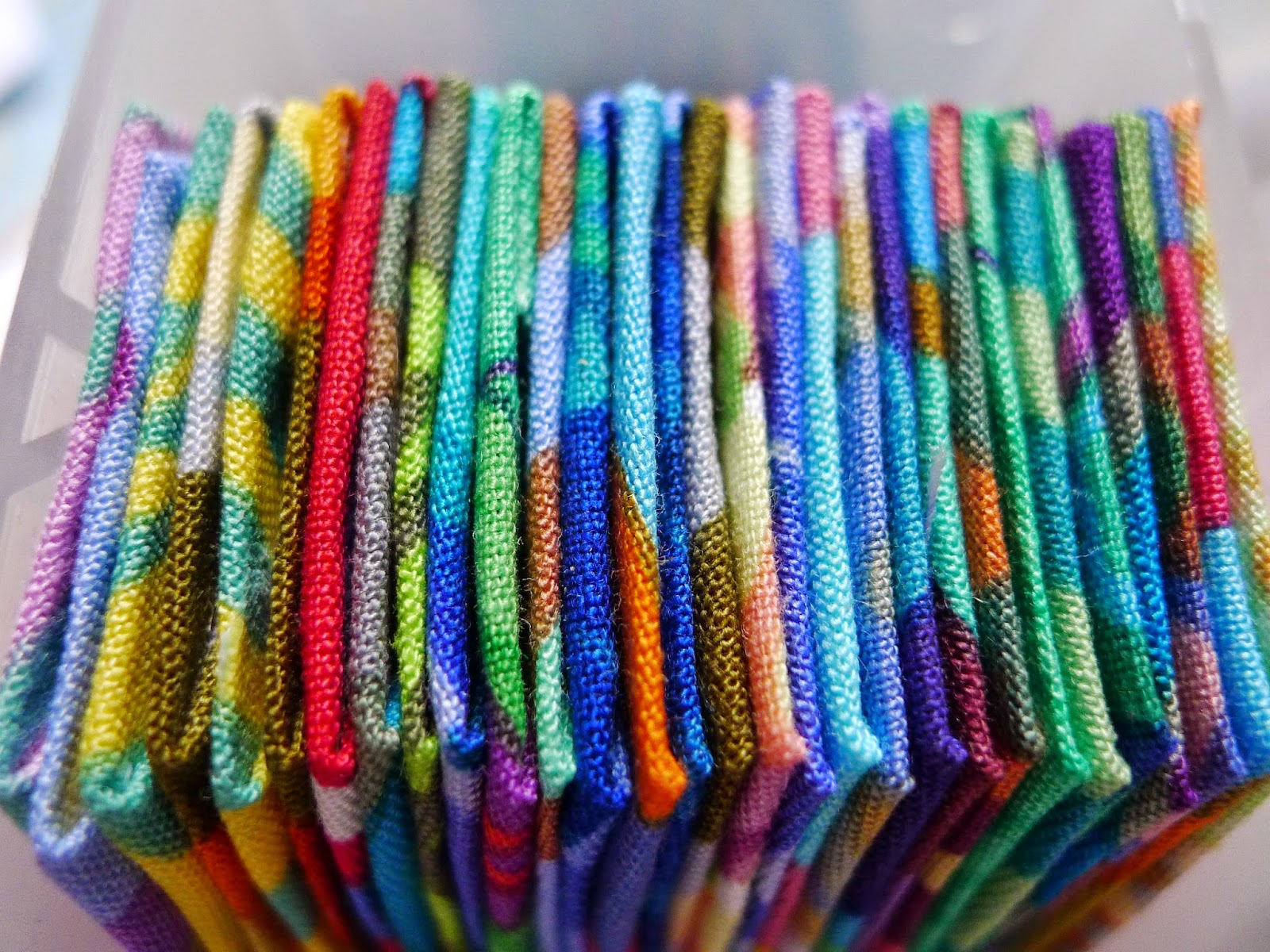 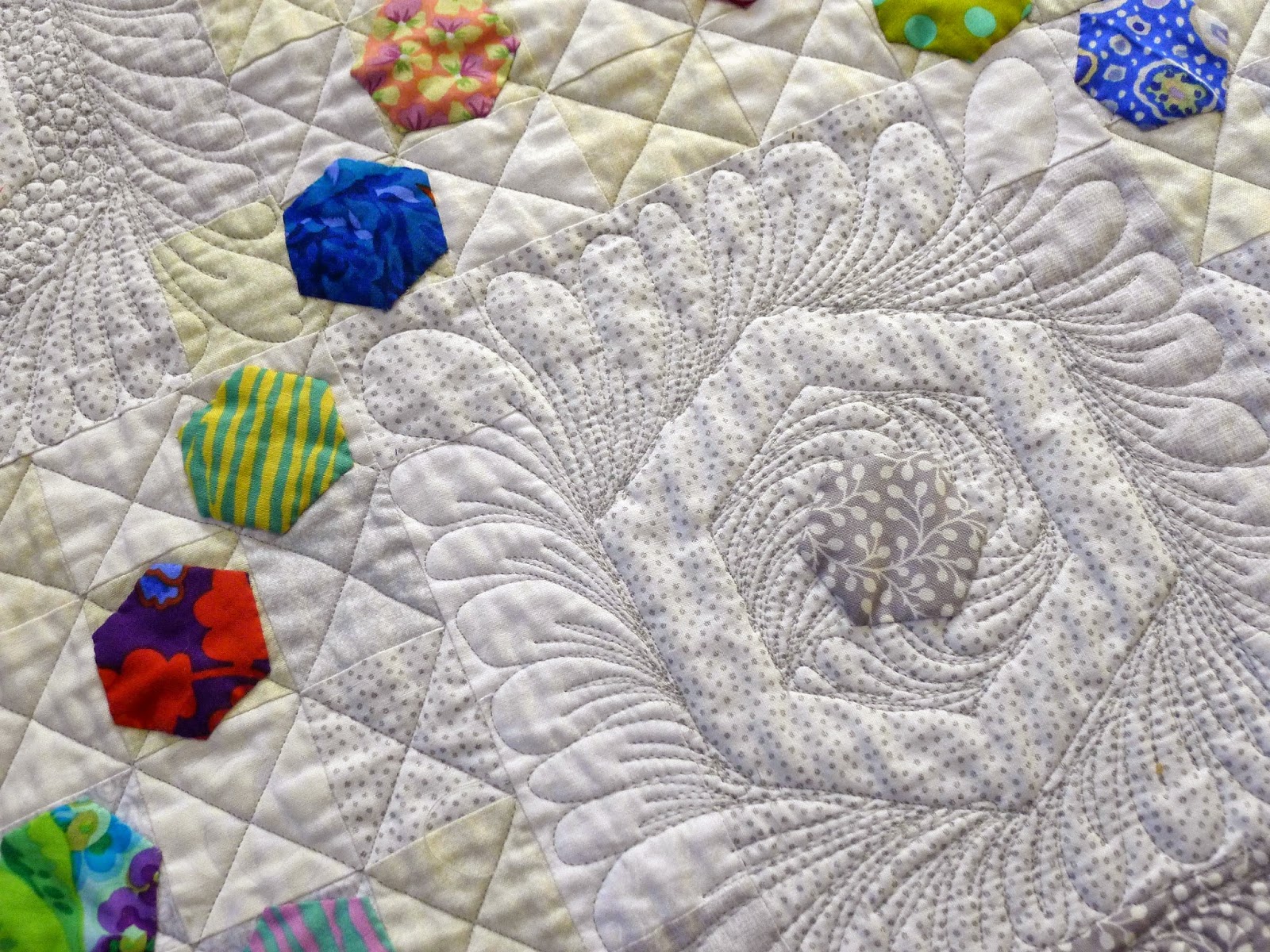 I thought it was more eye appealing to have a single line of hexi's verses two,
however the off white background is still a double chain. 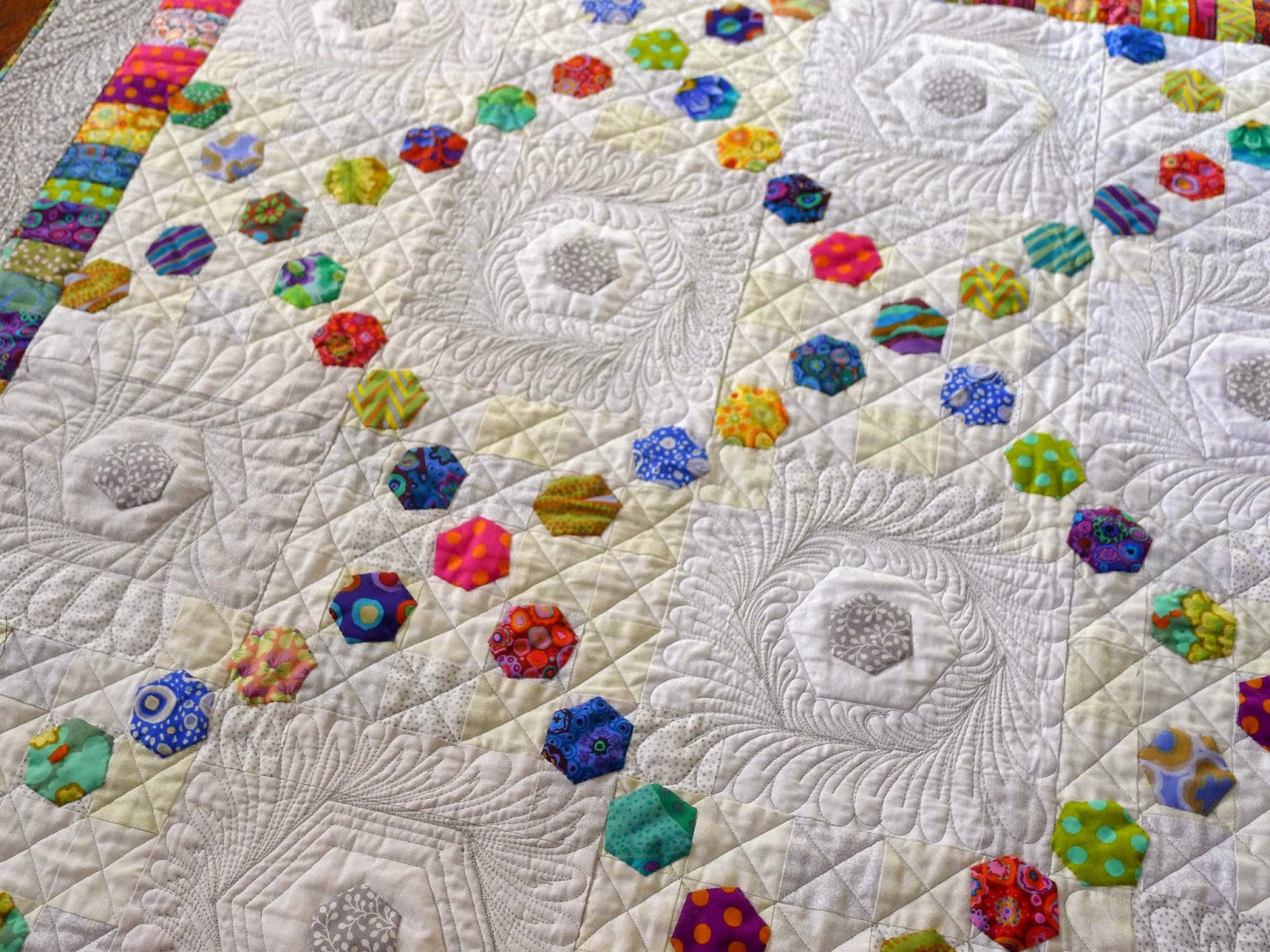 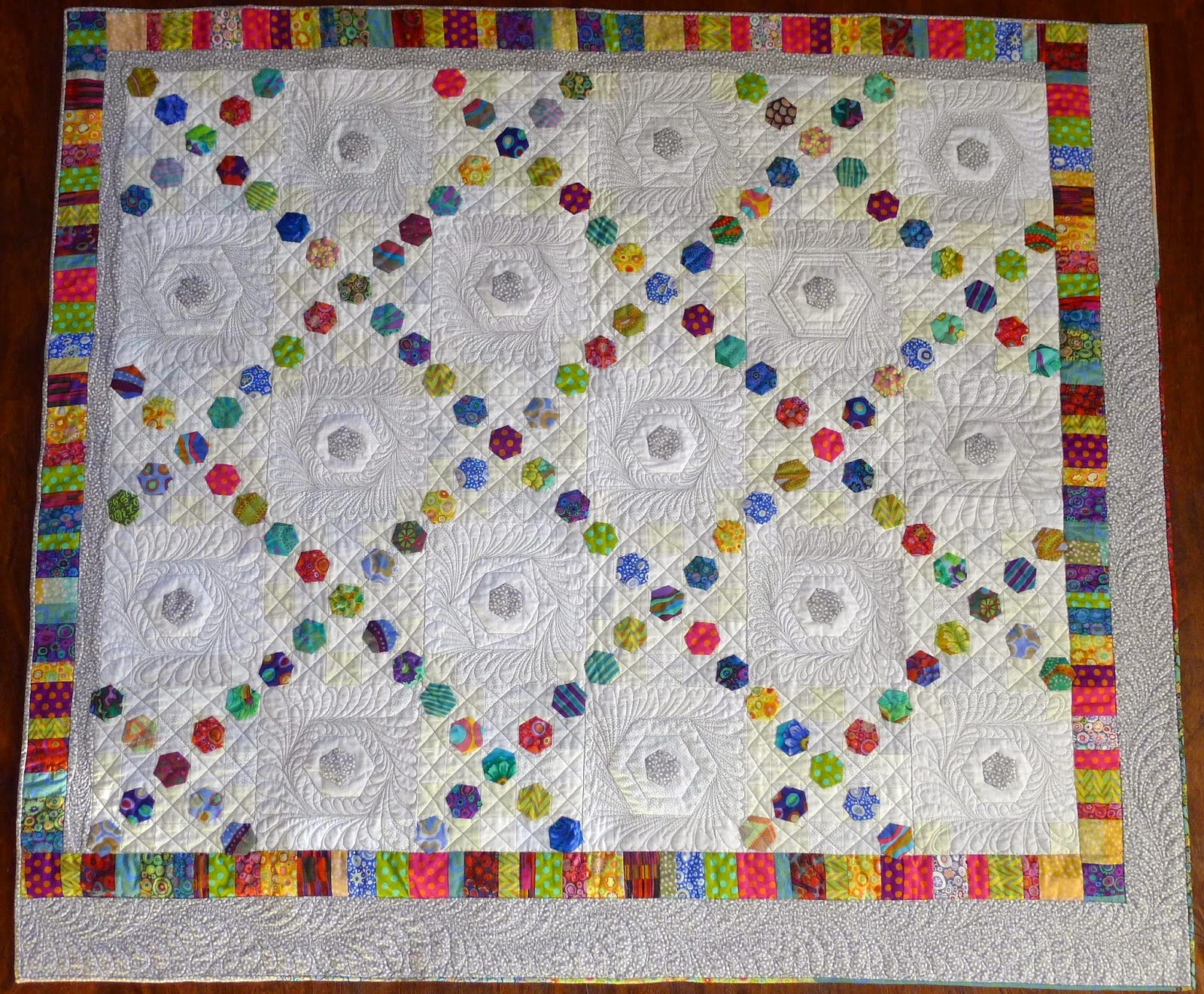 With input from fellow retreat goers, the borders were decided on
however I wanted them to be unusual as well, by having two sides
different from the other two sides.

I am very happy with the outcome!


Till We Quilt Again,